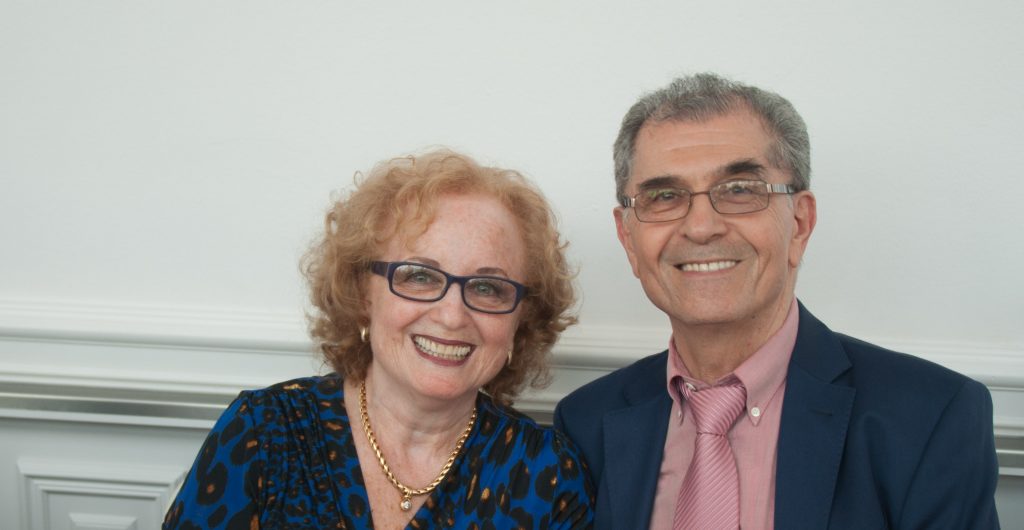 A beautiful woman in a light green dress is opening the door. Her gingery hair is falling on her shoulders. I follow her brisk steps in to the dining room. From her look I would have guessed she was younger than her actual age. It was hard to believe that she had been born in 1943. 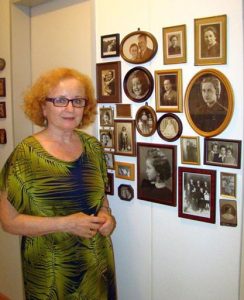 I sit down in a big sitting room in the flat in Mnichov. The area where Mrs Marianna lives looks very calm, ideal for family life. Mrs Marianna was born in Kosice and her husband in Humenne, where her parents moved from Snina, with the hope that they could better protect themselves from the bitter hardship that was coming upon the Jews. We are speaking in Slovak. On the table there is prepared food – potato pancakes with caviar. A very unusual combination but tasty. And a beautiful cake. Straightaway I am asking for the recipe.

Marianna and Ivan Bergida have lived in Germany since 1968. They are surrounded by many books. They are still learning and even at their age studying at University.

For the family of Ivan Bergida, the war was a defining factor. He was hiding with his parents and grandmother in the woods somewhere near Liptovsky Mikulas, with a group of other people. Altogether there was about eighty of them. When the war frontline moved closer to them, they tried to cross to the liberated side but because grandmother couldn’t keep up, Ivan’s parents decided to stay with her. All the other people in their group on the journey to freedom were caught and shot. The Bergida family with their son Ivan and grandmother survived and were liberated.

“At home, we did not speak about this time” said Ivan. They only spoke about the war when they had visitors or were reminiscing. Once, his mum said that if she had known about all the hardship and difficult times, she would have taken her own life. “It must have been very difficult for her when I was crying from hunger and she had to take me deeper into the woods so no one could hear me. She made tea for me from the bark of the tree,” he is trying to put the pieces of his memory together. After the war, his family moved back to the East and they had two more daughters.

“The world is not as peaceful as one would wish. Younger people don’t realise anymore how precious it is to live in peace. There are new conflicts being created and people dying again, unless the pain is so great that it would make them stop for a moment. I don’t know if it is going to get better,” said Ivan Bergida, thinking out loud. 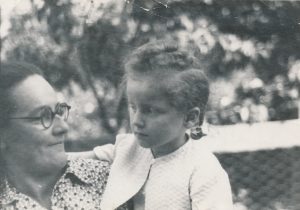 Hanging on the wall in the Bergida sitting room is a picture. Heritage. In that painting is the grandmother of Marianna, her father’s mother. The lady in white. Grandfather requested this painting of her to be painted after her death. She died in 1920 when the father of Marianna was only eighteen years old. The grandfather remarried again and the family was big: cousins, uncles, aunties. All of them died. After the war, it was only Marianna’s father and step brother (the son of his second wife) who returned home from the concentration camp. The older sister and mother died.

“First it was only me and my father,” remembers Marianna about these times. “Then Ivan came into our family.” Today the Bergida family have two children and six grandchildren.

There was however, still someone else close to their family who had also survived the war with little Marianna. 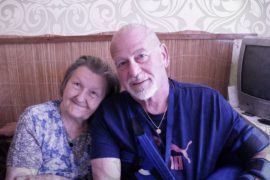